When you ask people what their favorite part about driving is, you’d usually hear the same things. People love the freedom, the control, the speed, not having to be cramped into a bus or subway car during rush hour…the usual. Never would anyone tell you that they love getting into car crashes. But that’s real life, and we talk video games here.

So if you love to blow shit up and win games, look no further. Welcome to Sony’s Destruction All-Stars, an online multiplayer demolition derby game. It’s got cars, it’s got super moves, it’s got an e-girl, and it’s got Harmony. Oh do I love Harmony… 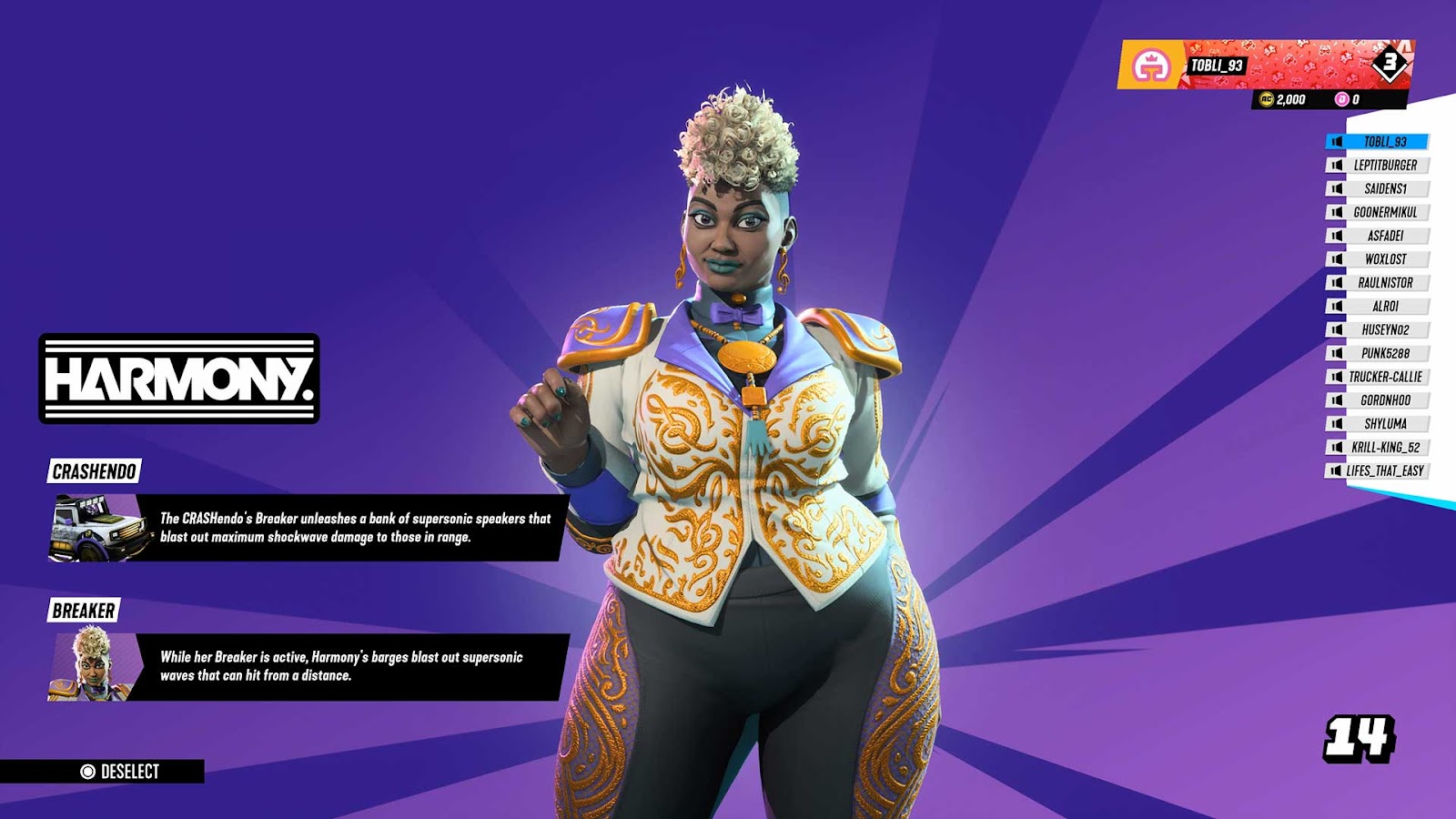 In Destruction AllStars, you have two choices for online play. Either you play free-for-all or you play 8v8. Both are insanely fun and both are full of the metallic carnage most of you crave. What’s amazing about this game isn’t just what you’d expect from a road rage simulator, it’s also what it introduces to the genre.

Overall, the objective of the game is to destroy every enemy in your path and fulfill objectives to earn points. The individual or team with the most points will win. Before I get into more of the objectives, let’s dive into the mechanics and gameplay.

To begin, the game is primarily driving based. The driving controls are the same as usual, but there’s an added function. Tapping up with the right stick will propel your car forward, adding potential damage to your next collision. Tapping left or right will jolt your car to the respective side. This helps you hit cars that are strafing you on either side, or to quickly side swipe someone as you pass them. And man does hip checking feel nice.

The neat thing about this game is what happens outside of the car. That’s right, you’re not just driving around the entire time. You can eject from your car and run around to try to find another car, or hijack one from an enemy. In fact, you begin the game on foot as you attempt to reach a car and begin your destructive path to victory.

On foot, you’ve got quite a few features. You want to get to a car ASAP or, if you’re brave enough, you can hijack other players’ vehicles. This is in the form of a quick time event. The hijacker tries to press buttons shown to them while the driver attempts to shake them off by wiggling their left analog stick. If the hijacker is successful, they can choose to steal the car or simply destroy it, leaving the driver helpless. If they fail, they get thrown off the vehicle and are left stranded on foot.

The game provides vehicles all over the arena. You do have to parkour your way through the map to get to them, but it’s a cool mechanic and yes…you can wall run. You can also attack other players that are on foot to back off. Not to mention, each character has a special ability on foot or in their specific vehicle. These abilities are available by hitting more vehicles and by collecting crystals on foot, which are also spread out around each arena. Your vehicle ability will summon your character’s special car. This car has a special features such as leaving trails of fire (I hate you if you main this character) or summoning a sword on the front of your vehicle to slice through the opposition. On foot your special ability is called a Breaker. Each Breaker operates differently, but generally your speed and melee prowess are accelerated for a bit. This is the best time to throw hands. Beat some ass.

To read more about the characters, their vehicles, and their breakers, check that information out here.

This game is just, chaotic bliss. I love the aesthetic, the character design, and the different features from character to character. The coolest thing about this game, however, is the e-sports capabilities. The team-based nature, as well as the solo play, are optimized for e-sports. To be honest, I don’t think it’ll be long until professional teams start to sink their teeth into it. If Rocket League can get a gigantic following, I believe Destruction AllStars can get the same love.

The game could use some more features, but it’s a baby. You can’t ask too much from a game that just launched, though I’d love to be able to make custom lobbies and play against my friends. Just…please. No battle passes. Sony I’m begging you. Don’t do it to our wallets. Don’t be like everyone else. It’s not always necessary.

Here’s my favorite character by the way, mostly cuz I’m a degenerate weeaboo:

How to get rid of eggs in Pokémon Go

Mass Effect: Andromeda's New Aliens Were Cut Due to Budget, Scope, and Cosplay

Don't Worry, You Can Still Catch These Starters in Pokemon Legends: Arceus

January 28, 2022
Pokémon Legends: Arceus is an unusual Pokémon game in many ways, including its starter Pokémon selection...
News

January 28, 2022
On December 5, 2021, Activision Blizzard laid off “at least a dozen” quality assurance contractors from...
News

Every Star Wars Game in Development

January 28, 2022
Ubisoft’s new NFT service hasn’t gone down well ever since it was revealed, but execs say...