Dungeon Encounters is directed by Hiroyuki Ito, involved in the creation of titles including Final Fantasy IV, V, XII, and Tactics. I started sweating a little bit as I began playing because not only is he well known for his work designing battle systems, but I was told that it was first and foremost about its systems, so naturally, I prepared myself to have to take a lot on board. Some of you may also be interested to know that Cattle Call, known for the Metal Max series and The Legend of Legacy, handled its development.

Not a game with lush visuals and effects or a deep, engrossing story, but a turn-based, numbers-focused, bare-bones RPG of sorts. IGN Japan had the opportunity to try it out before release, so here are our initial impressions.

This dungeon crawler RPG involves forming a party of up to four characters and delving into the depths of a board-game-style square grid map. Though the dungeon is divided into squares, you're able to focus on exploring and fighting your way across maps without having to worry about systems like stamina or hunger. As you progress down floors, the maps get bigger and the enemies get tougher.

Stepping on one of the numbered squares found along a map triggers either a battle or an event. Think of these numbers as replacements for enemy symbols or treasure chests, with black numbers representing battles and white numbers leading to events. Almost like a sinister version of snakes and ladders.

The game's simple battle system features bars that fill according to each allied and enemy character's speed. Once a bar is full, that character becomes able to act. Some of you may know this as an active battle system, a part of Final Fantasy beginning with FFIV. Though attribute-based weaknesses and resource management for powerful offensive or healing techniques and spells are commonly found in RPG battle systems, this game uses neither attributes nor MP and not even items! What you will find, though, are simple yet deep slugfests. 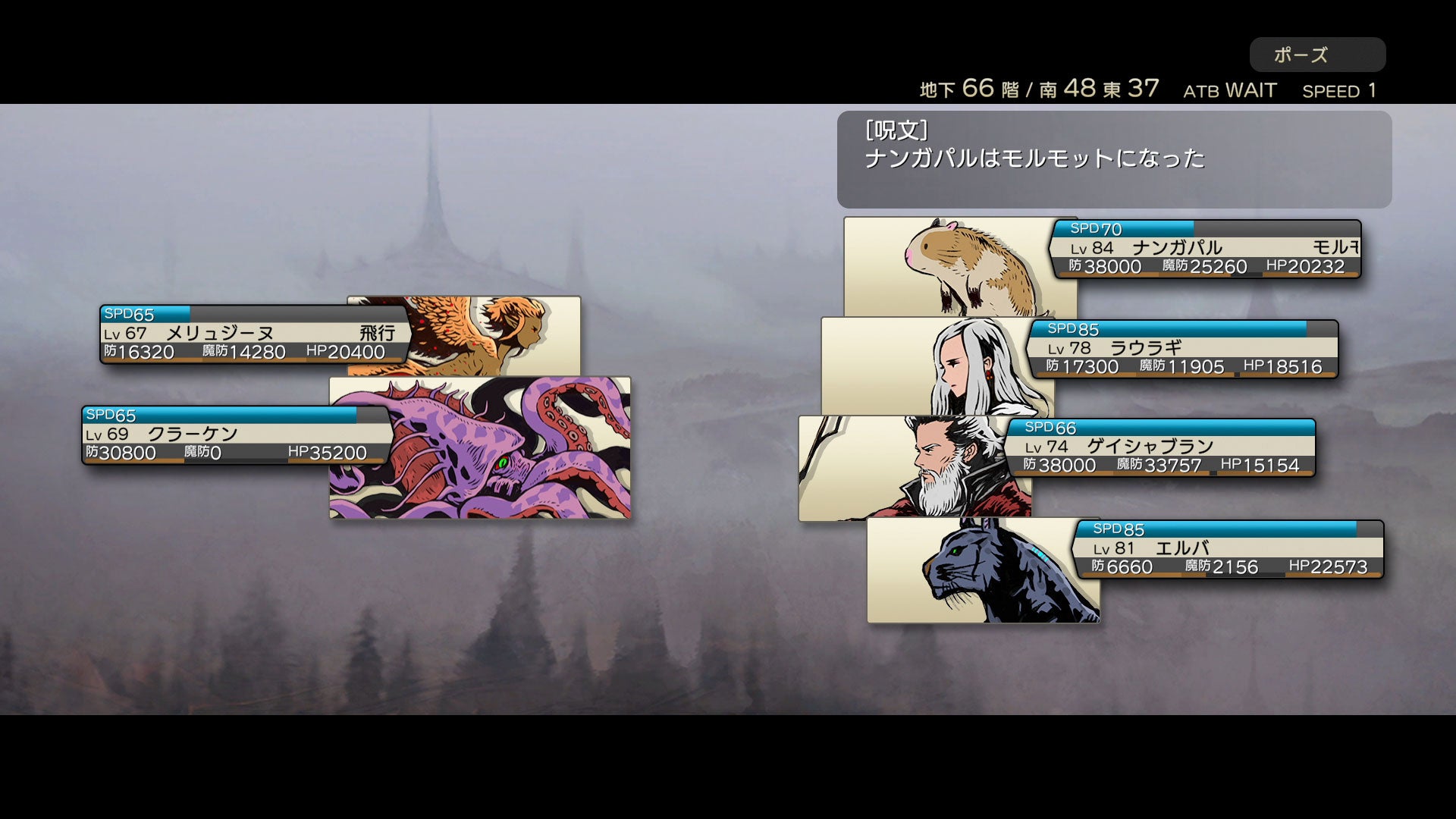 Physical and magical defense stats are relatively popular in RPGs, but in Dungeon Encounters they act as shields that take damage in place of HP. In other words, taking physical damage from swords and bows will first reduce your physical defense, and your HP only begins taking damage once that defense reaches 0. The same applies for magical damage, so you'll have to first whittle away an enemy's magical defense if you want to defeat them with magical damage. What's more, excess damage in most cases doesn't carry over. Even if an enemy is down to 1 physical defense and 1 HP, you'll need to attack twice to defeat them even with a 200-damage physical attack.

Each character only has two types of attacks at most, further complicating your decisions in battle. Physical and magical attacks have different levels of effectiveness against different enemies, requiring you to give some consideration to how your party's attacks are balanced. Also, while MP may not exist in this game, multi-target attacks and tricky-to-use random damage attacks force you to make each simple choice with great care. 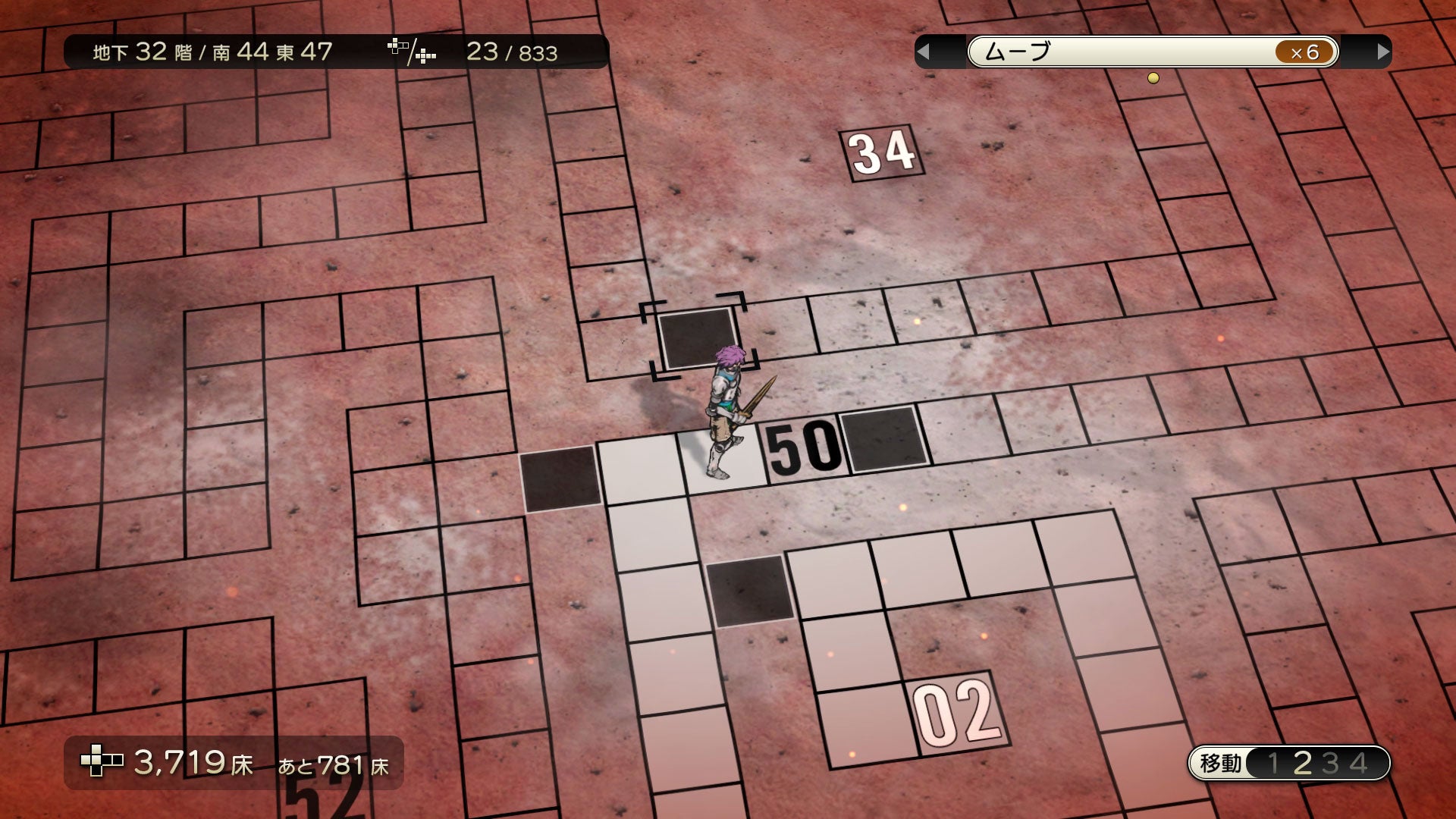 During my time playing, I seemed to get reasonably good results with a party of characters who each had one physical attack and one magical attack, but it felt like a pretty basic strategy that anyone would come up with, and one I doubt would keep being as effective as you progress through the game. Making you think and switching things up is the fact that not all enemies can be approached in the same way: flying enemies can only be damaged with ranged physical attacks like bows and guns or with magical attacks, enemies with petrifying attacks can completely disable your party members. As a result I began to get the feeling that the variety of nasty and fierce enemy attacks would only grow. One attack in particular fully drained the action gauge of all its targets, trapping me in a loop when its user appeared alongside other enemies. You'll definitely need to pay close attention to the order in which you take down your foes to avoid sticky situations.

Another important point to note is that while your physical and magical defensive shields are reset after each battle, your HP stays the same. Not only that, but very few ways exist to restore your HP, making it important to efficiently navigate each battle while taking as little damage as possible.

Just as crucial to Dungeon Encounters as its battles is its exploration. As noted earlier, players progress down maps of squares, some of which contain numbers. Though black numbers represent enemy encounters, white numbers trigger events that benefit the player. These can be a vast number of things: shops where you can buy and sell equipment; chances to recover HP, status ailments, defeated allies and more; information on specific enemies; treasure that provides new items; new learnable abilities; and puzzles to solve.

Abilities are a vital part of this game, ranging from HP recovery and defense against specific status ailments to those that help in exploration like an expanded map display. Using these requires Ability Points, but these are gained as you travel across the map, organically encouraging exploration. 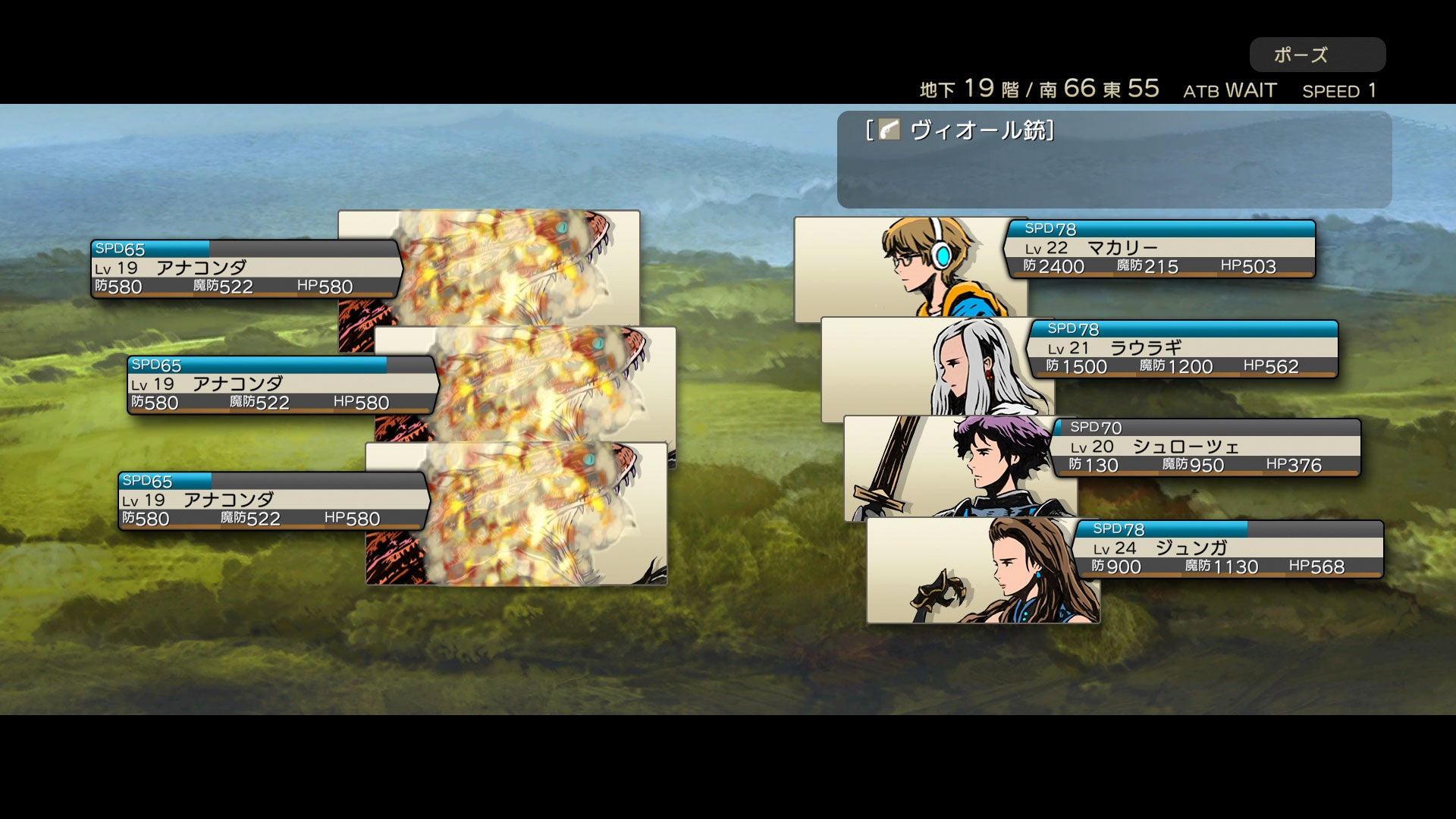 Puzzles may show the coordinates of an item after a string of questions are answered, while others ask you to deduce the location of a hidden item based on the shape of a map, adding some extra excitement to what could otherwise risk turning into dull exploration.

I only had an opportunity to play the beginning of this game, the first 19 of 99 floors to be exact. Even so, I found myself in situations where one wrong choice in battle or one crippling status ailment put my entire party at danger of falling. Because this game uses an auto-save feature, you'll even start to sweat when you fail to flee multiple times in a row. It was hard to tell from my experience just how far the game's battles could go in terms of challenging the player without feeling unfair, but I did leave with the feeling of wanting to beat the game and see all of what Dungeon Encounters has to offer. 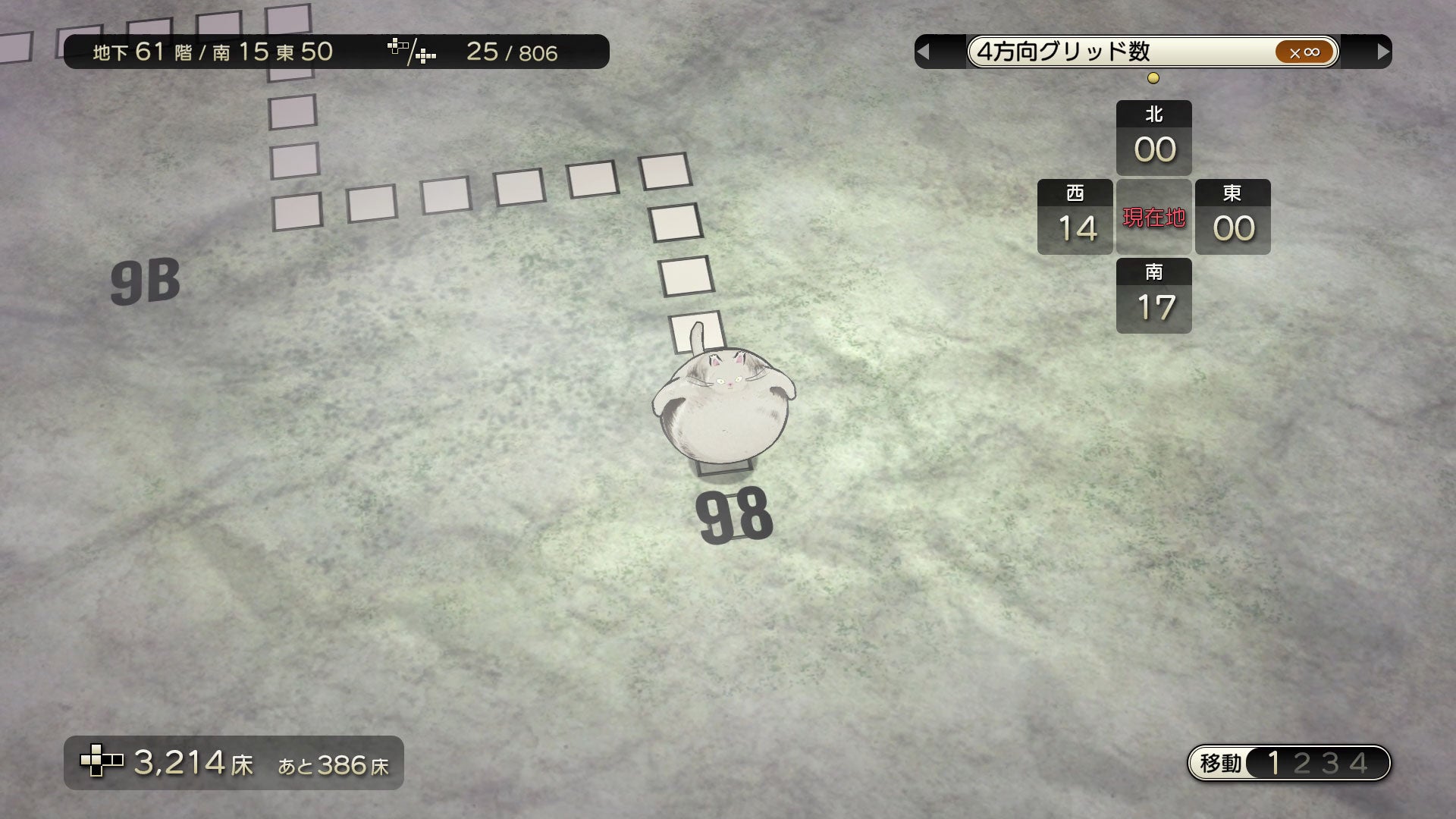 With its heavy design focus on systems and numbers in particular rather than rich worldbuilding and visuals, Dungeon Encounters is perhaps not the type of game that will find a wide audience. But if you are the type of player drawn to battling it out in simple yet deep ways, you should definitely give this one a try.

Yoshiki Chiba is an editor at IGN Japan.

Is Rockstar Going to Release a Remastered Trilogy?